”Let the future tell the truth, and evaluate each one according to his work and accomplishments. Past is theirs; future for which i really worked is mine” Nikola Tesla

“The Arizona Tesla Science Foundation” is a Chapter of the Tesla Science Foundation. We are Non-Profit Organization dedicated to service to humanity through the technology, inventions and knowledge base of Nikola Tesla.
We offer education about his many inventions and technology and his gift of Free Electricity to the world population. Nikola Tesla was one of the most prolific inventors the world has known and even though you may not know his name you are using several of his inventions including the electricity in your home and in our civilization. 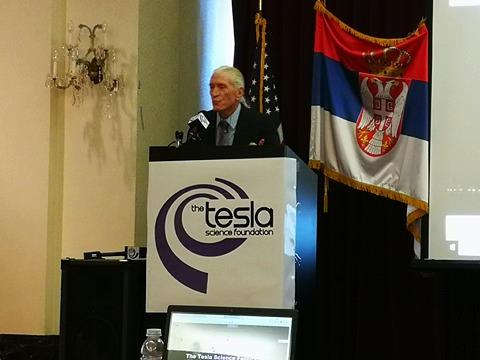 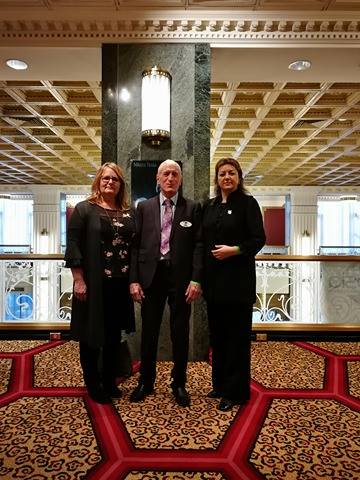 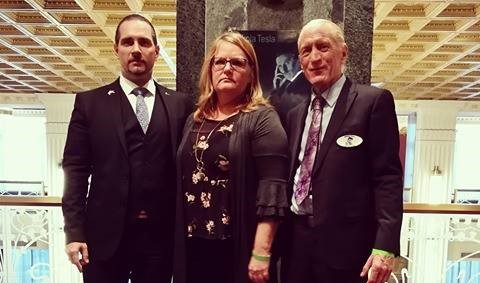 Our Community includes many of the Tesla Society(s) found in America and all over the world.  Over the past 100 plus years the technology and science of Nikola Tesla has become popular and even demanded and more, so in our modern world where the young people ( and in truth people of all ages ) have become aware of the principles, science and technology that can help the world to reach a more prosperous and open civilization.
Feel free to explore this website and the various links you will find to other sites like this one.  Learn and study the science that is available, help to develop the technology and promote it.
We organize, from time to time direct meetings, groups, blogs and membership.

Nikola Tesla was a prolific inventor and researcher.  Many of his inventions are in use within our civilization today such as “AC electric current” that is generated using “Tesla Coils (Generators)”… Nikola Tesla held more then 278 Patents in 26 countries.  Many other inventions are not in the patent offices but exist non the less.
Today many researchers both independent and scientific are once again reviewing and recreating several of the most noted of the Tesla inventions including wireless electricity transmission, Power Generation by various means and even Nano Technology and Space Exploration devices.

Technology for Today and Tomorrow

The world is finally looking at and desirous of finding or creating “Free Energy”.  This is energy developed from one of many independent sources of technology for example the fuel of Hydrogen which can be easily created from water. Over the past 70 years many inventors have worked to develop Hydrogen from water and on a demand only basis ( this Hydrogen is developed at the moment before it’s used (there is no need for a holding tank). In truth there are many alternative fuel systems that have been developed in the past 100 years but the Oil companies have done all in their power to destroy such systems in favor of their continued use of oil as fuel for homes, automobile and industry.

Today we have Solar, Wind, Hydrogen, and bio fuels that can be used as energy sources.
Nikola Tesla had many other ideas and inventions that could serve humanity in the present and in the future.
If you look at the various links on this site and other Tesla Science sites you will find a remarkable list of inventions that are coming into the forefront of attention and human need to transform the world and release humanity from the dirty technology of Oil, Coal and fossil fuels.

The Age We live in

Imagine a world without electric light, motors, pumps, fans, refrigerators or elevators. No microwave, no radio or television. The next time you flick a switch, think about Nikola Tesla. More than any other single inventor, Tesla brought the age of electric power into being. But 70 years after his death and a century after his major inventions, his name is less familiar than those of Thomas Edison, Alexander Graham Bell or the Wright Brothers.
Tesla originated the key tools of the age of power: the alternating current generator, the AC motor and the system of electrical transmission. Much of life as it evolved in the 20th century rested on the foundation that Tesla laid down.
Tesla’s restless mind carried him beyond these electrical and mechanical innovations. He invented a “magnifier coil,” which raised electricity to very high frequencies and voltages.  He found that such current emitted electromagnetic waves, which could do wonders. Today “wireless” is a common term in the world of computer networks. Tesla uncovered the principle more than a hundred years ago.
Tesla’s often compared with Thomas Edison, but he was in many ways Edison’s opposite. Edison claimed invention was “1 percent inspiration, 99 percent perspiration”, yet Tesla was very much a man of inspiration, a visionary.  Edison was self-taught; Tesla had received a thorough technical education.  Edison solved practical problems;  Tesla dreamed of world-transforming technology.  Edison commercialized his inventions; Tesla had little business sense. About the only thing they had in common was that both men got by on little sleep:  Tesla sometimes worked from 10:30 a.m. to 5 a.m. the next morning.
In his lifetime, Tesla did not receive credit or compensation for many of his inventions. For example, Guglielmo Marconi is credited with inventing radio, but his equipment was based on Tesla’s ideas.  Only in recent years has Tesla received wider recognition for his deep insights and their impact on modern life.  Today, one of the most innovative electric car companies is named Tesla Motors. It’s a clue that Nikola Tesla is an inventor worth noting.

Helping the Next Generation

The children of today are far more sophisticated and aware of the world then were the children of just a few short years ago.  The World Wide Internet has put us in touch with each other and the ideas, aspirations and inspirations of many people in many parts of the world…  this of course includes their desire for new technology and in some cases for older technology that needs to be revived and promoted.  The Inventions of Nikola Tesla are specific to this desire for technology when you consider that many of his inventions were created to benefit humanity and lighten the load of daily labor.
Many of these inventions also include FREE energy and Clean energy both of which are being demanded all over the world in the effort to replace Oil and fossil fuels…
Our Desire and intent is to help the people of this planet to realize the greater goals of a free and functioning society complete with all the necessary tools to make even greater strides and advancement then was possible in the past.  And of course the children are the future of this planet and deserve every possibility of being taught advanced technology’s and concepts..
The Tesla Science foundation in all areas of the globe are developing new technology, reviving and developing older technology that has merit and we are creating new methods of teaching and instruction for the worlds children of all ages.